I was called by a designer to quote for a larch curved decking project he was designing for a client. Having quoted to build the deck, the job was given to another company.

However, half way through the build I was asked if I could take over, the designer and client were not happy with what had been done so far by the other company.

I agreed to take over and rectify the problems that they had not been happy with and re did the deck to the required standards they had expected.

We had to machine all the timber used on this job as it was all just sawn timbers. I had to router each and every piece of timber on all edges. It was very time consuming, but definitely worth it.

The deck curves with the garden so timbers had to be curved and fixed to match. Thankfully everyone was happy with the final outcome . 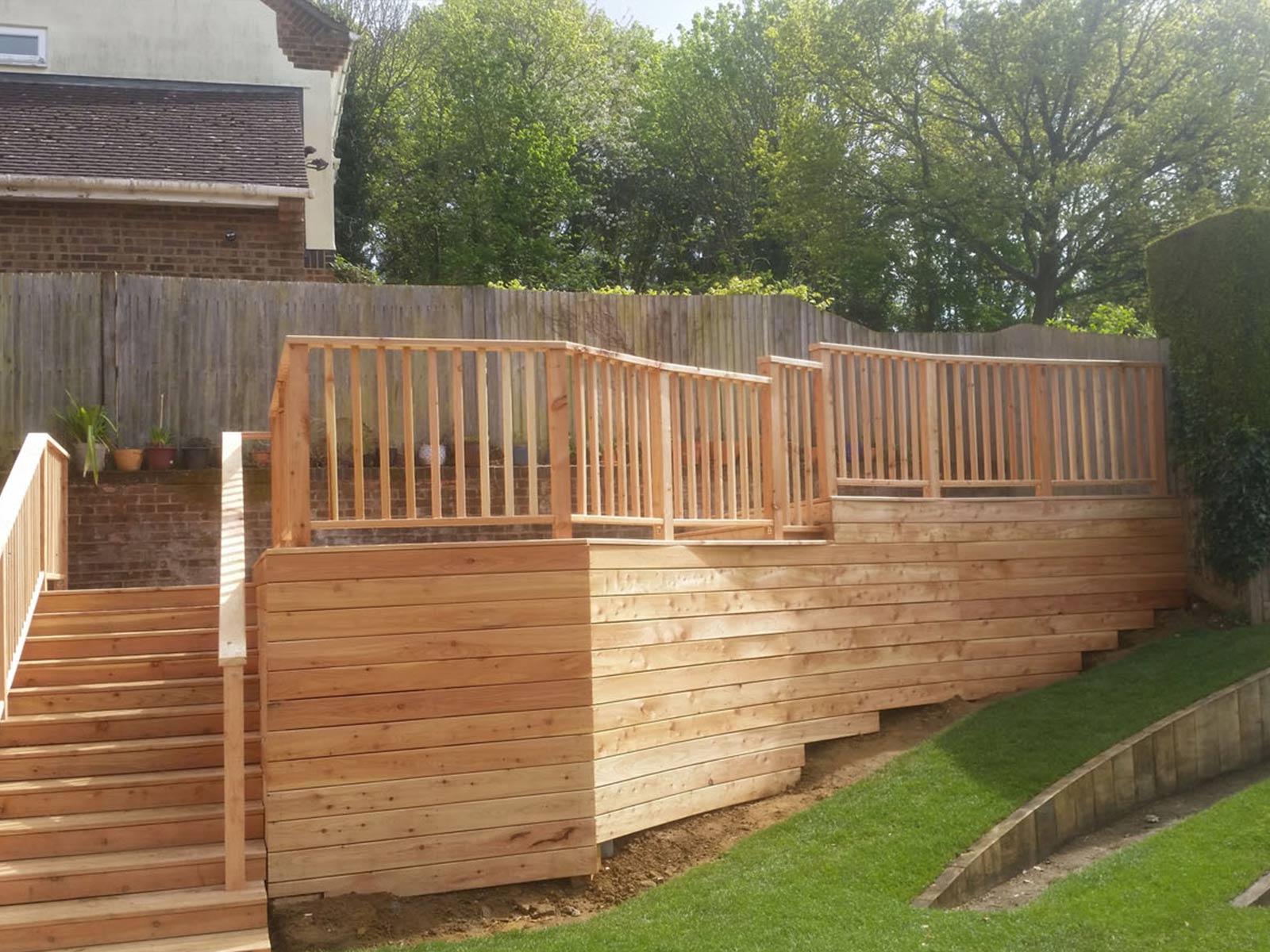 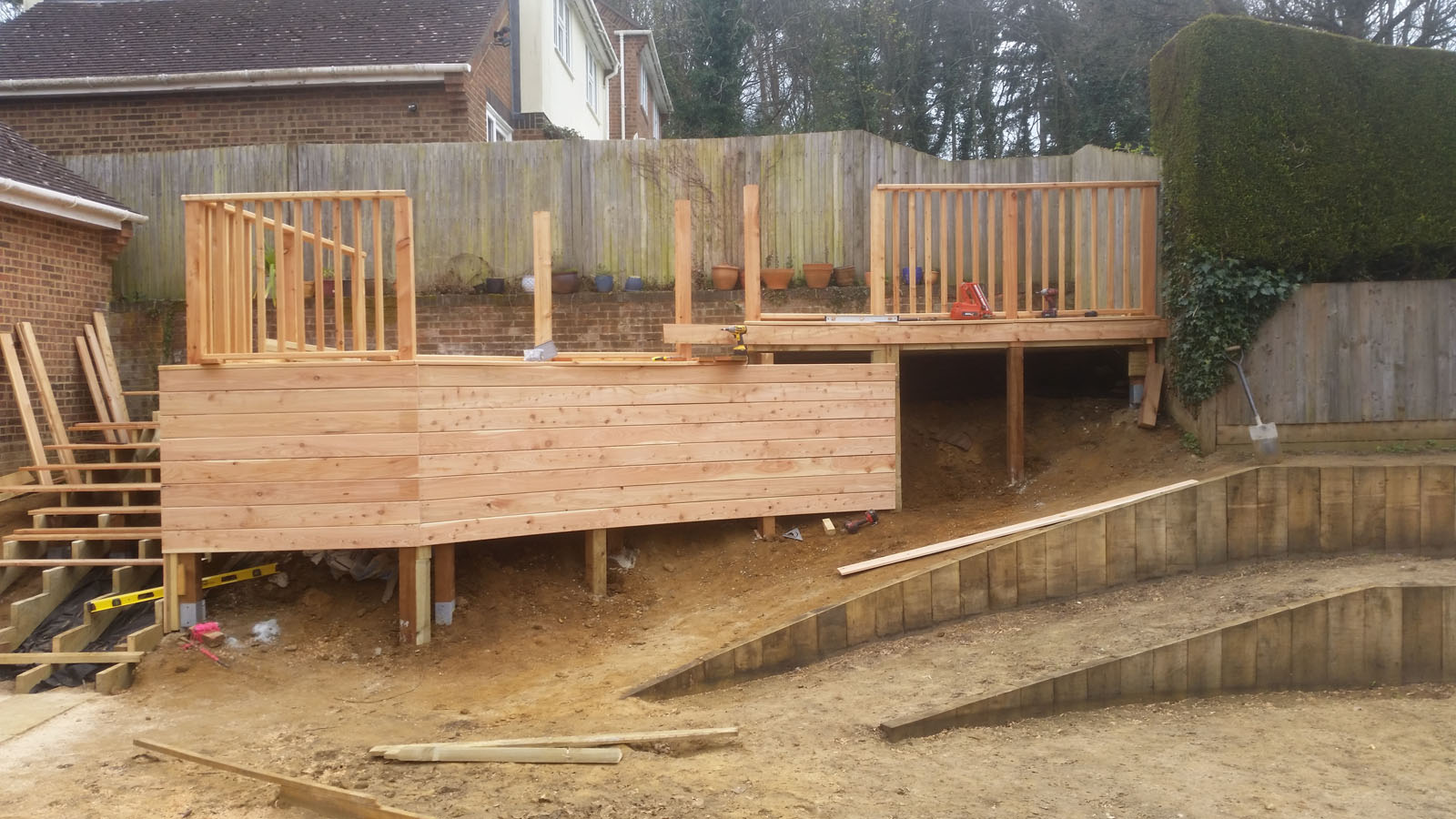 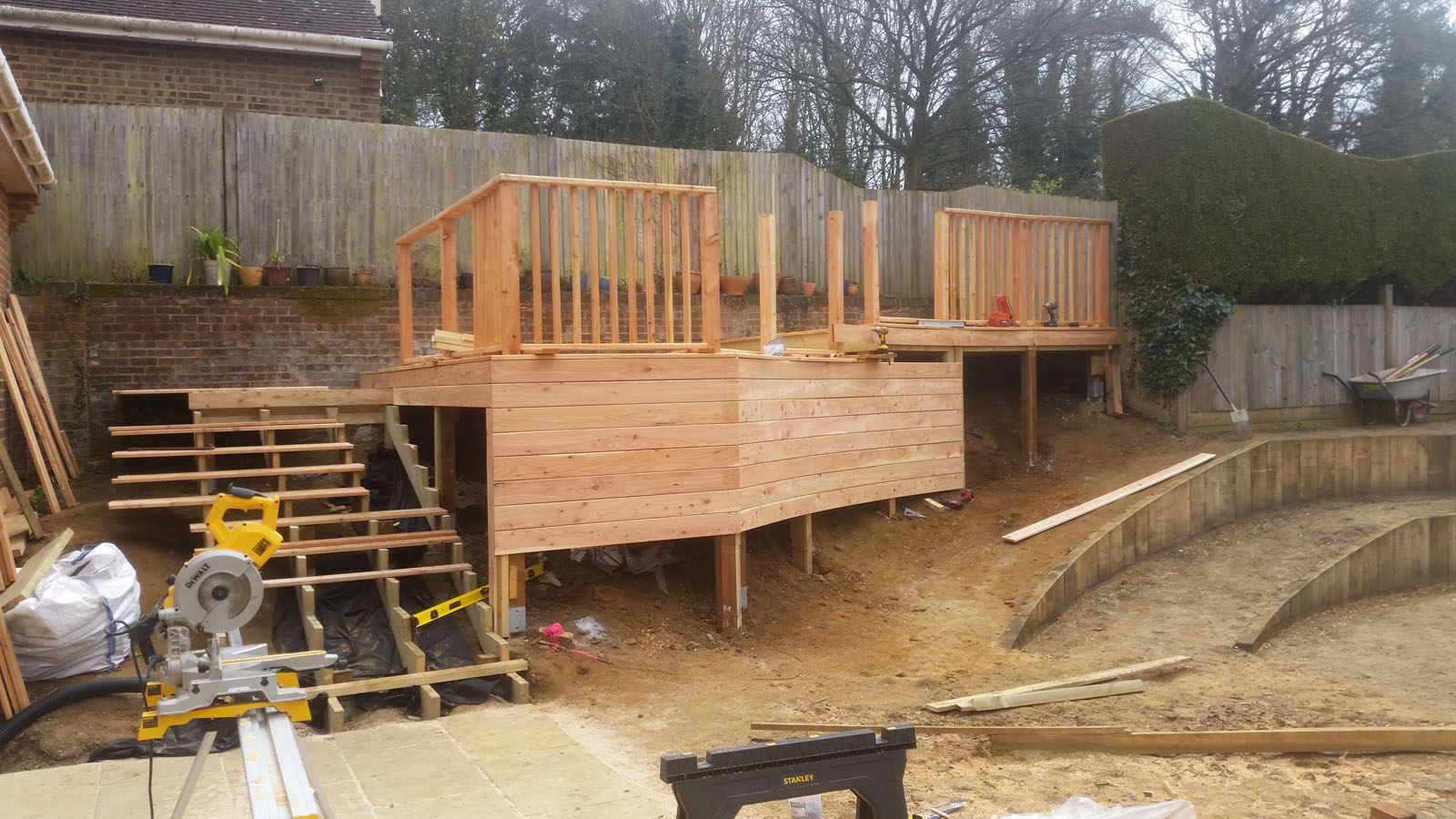 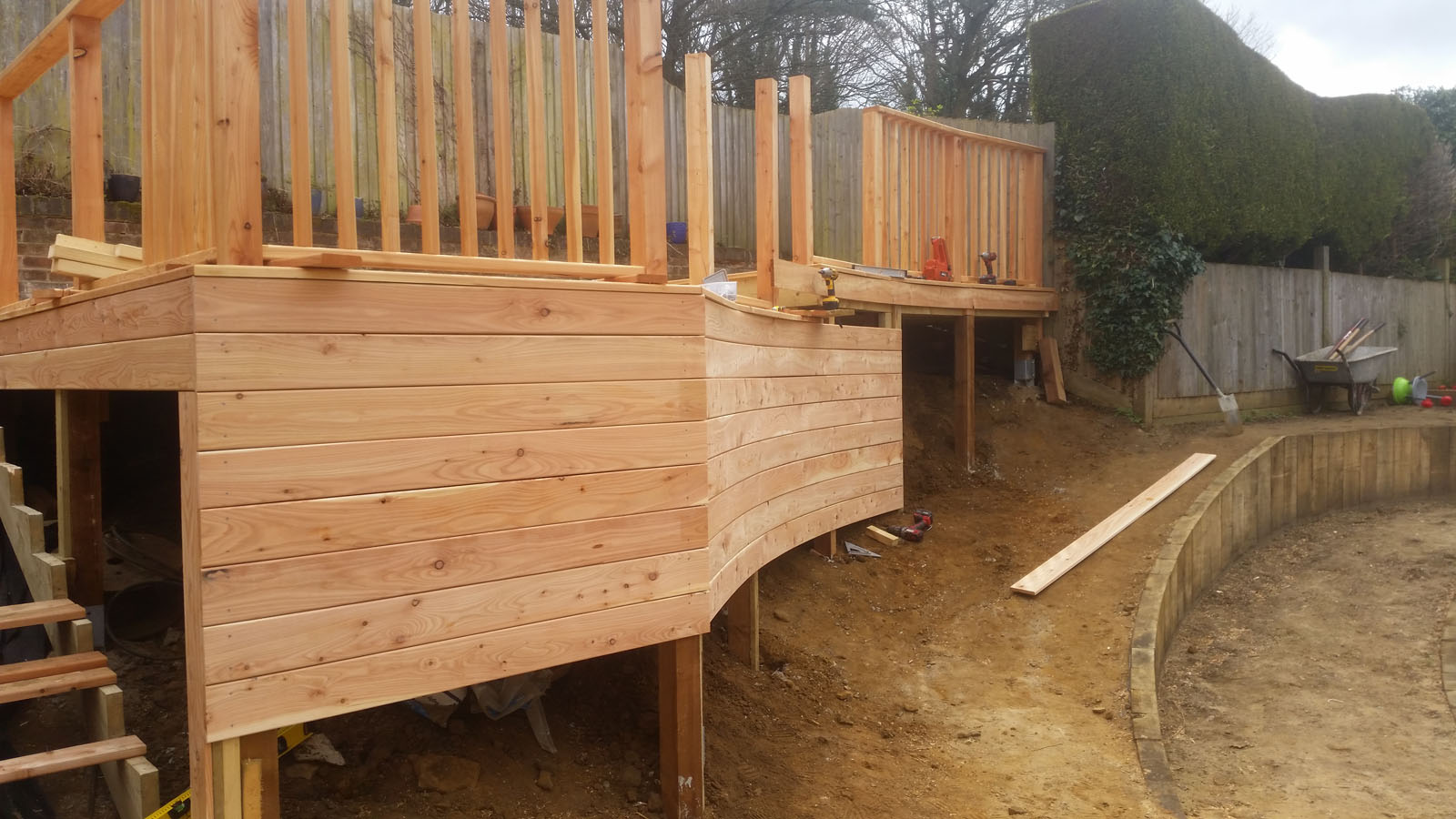 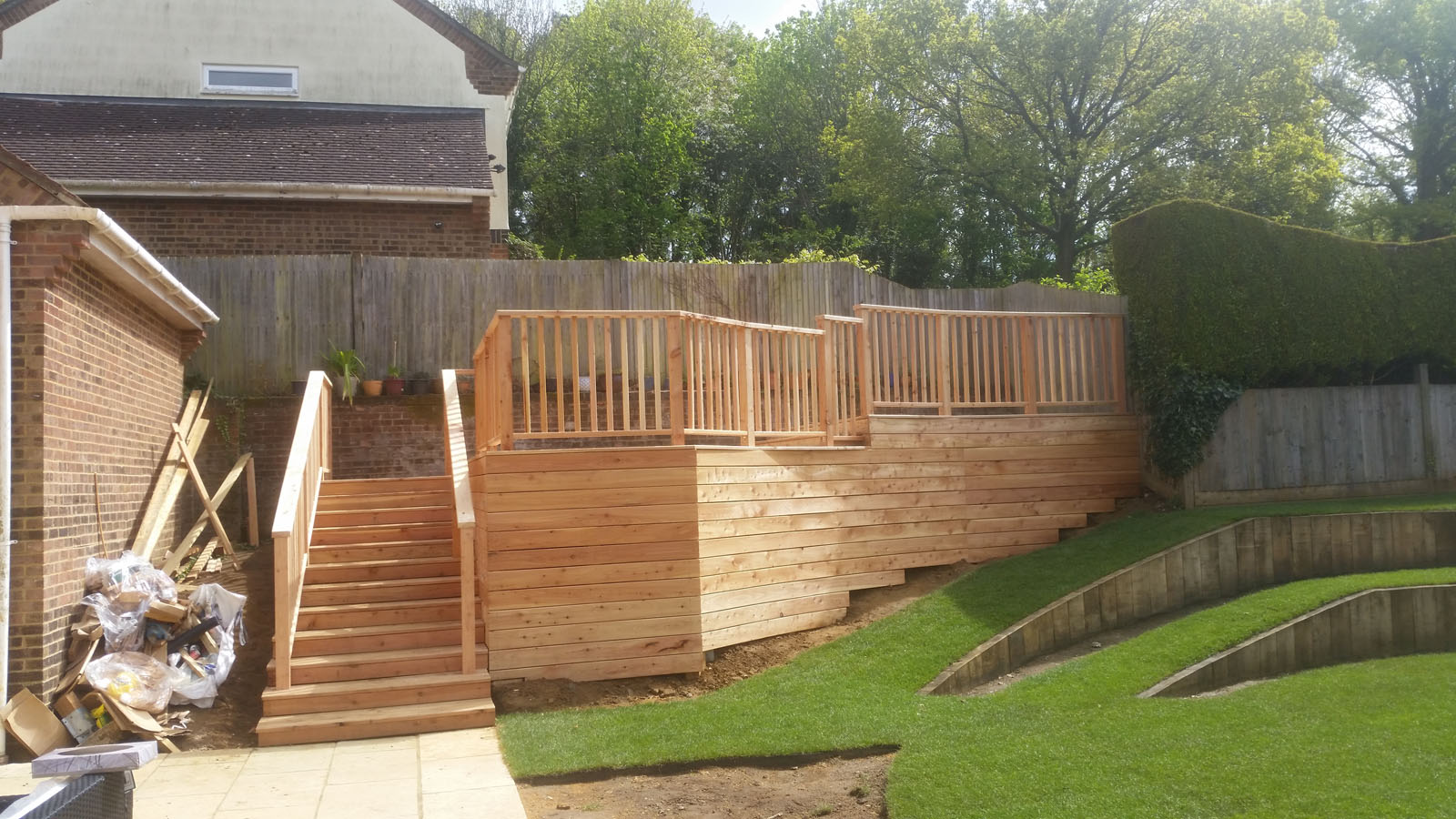 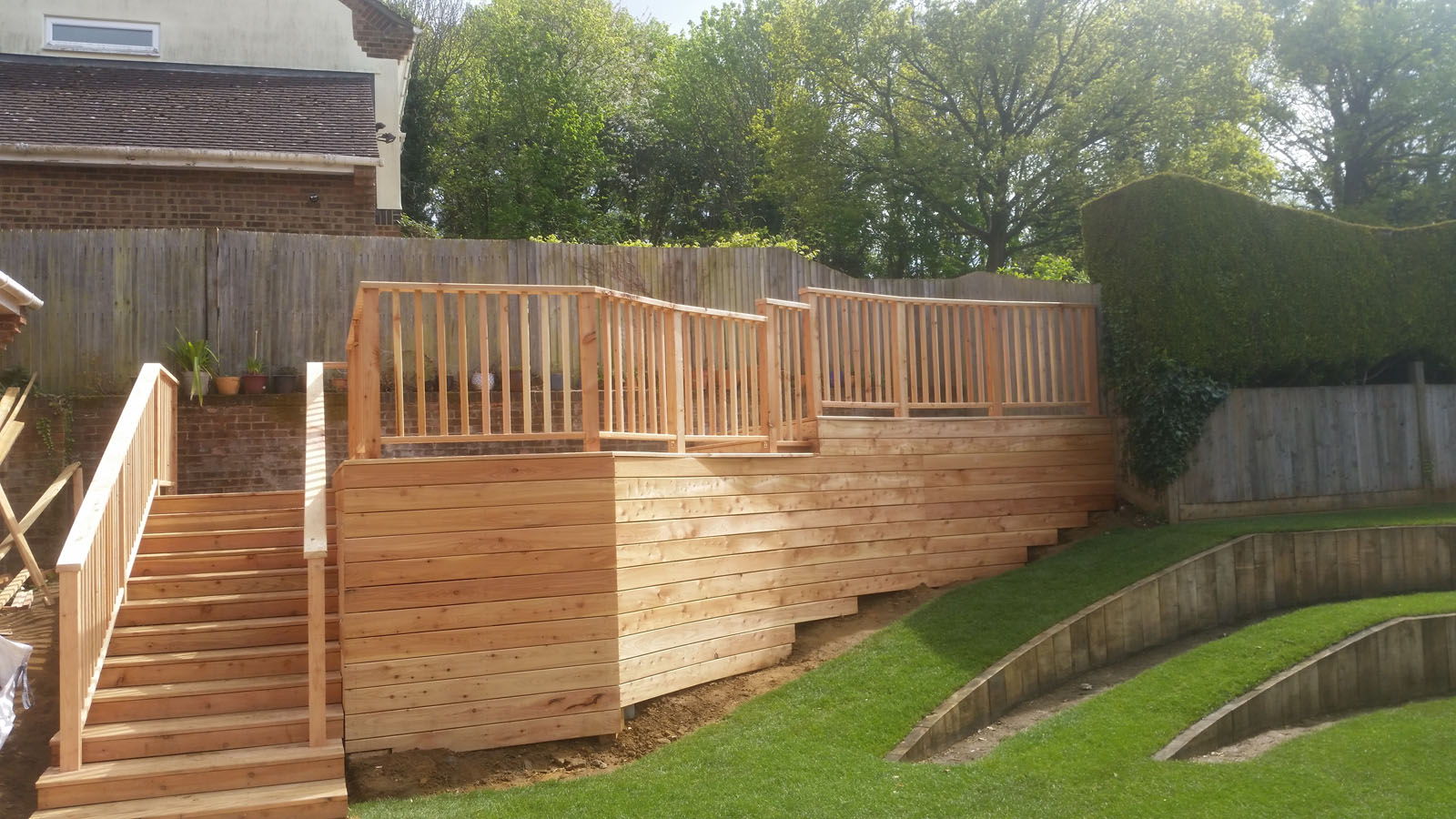 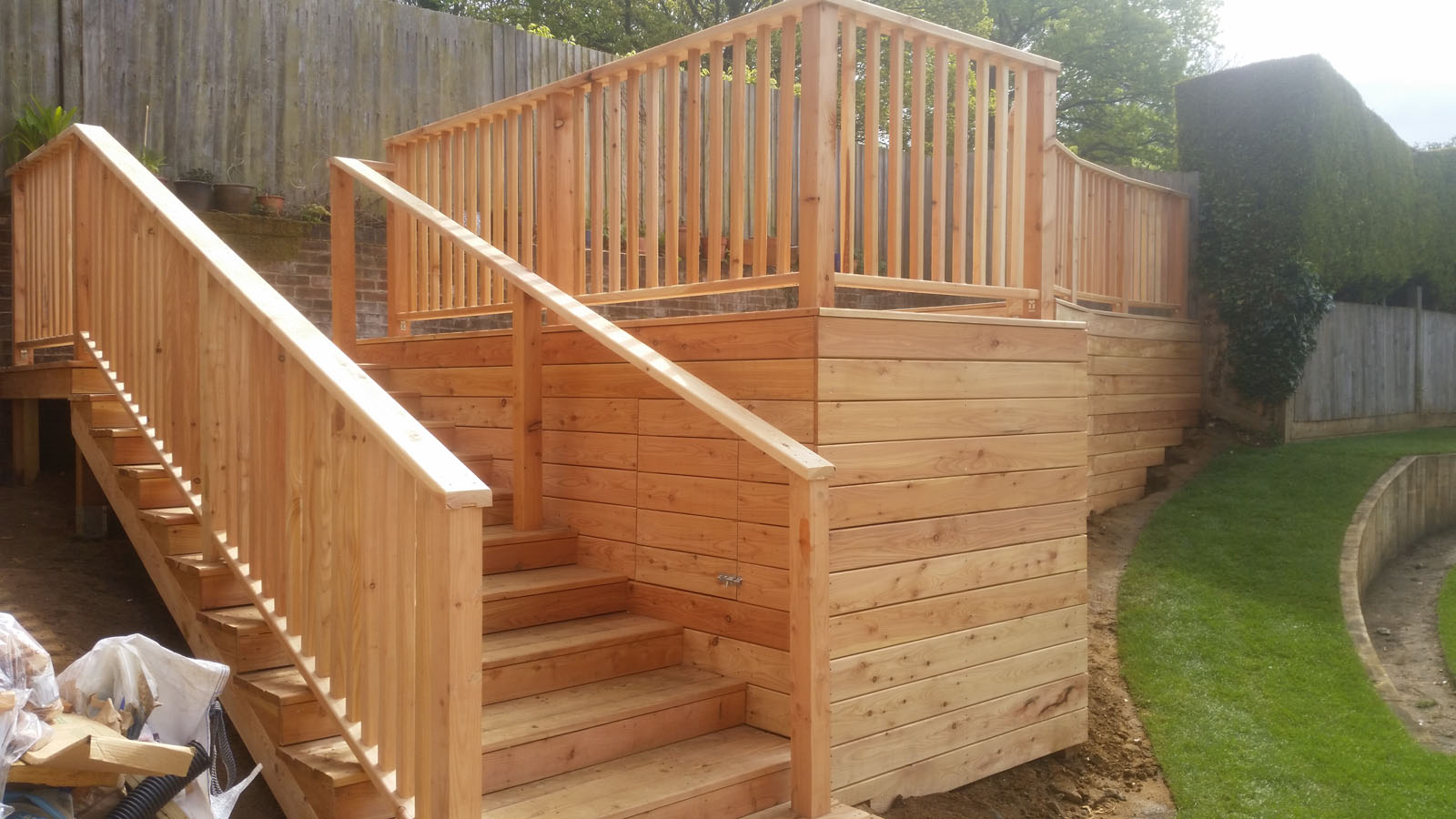