We were called to give a quotation to renovate a large deck in Caterham. We spoke with the clients, Tom and Yvonne, to find out what it was they had in mind. After looking at the deck, we decided if the frame work was suitable to be re-used and could be saved, we would do so. The plan then was to remove the old, tired deck boards, which were soft wood pine, and replace with hard wood.

Once we were all agreed, the deck restoration was started. With skips ordered, it was time to remove the existing decking and to explore the frame work beneath.

It wasn’t long before we realised the timber structure below was not sufficient to re-use, having not been built on treated timbers, the frame was not an option to be used again.

We spoke to Tom and Yvonne and agreed to a total new build.

The only thing saved, was a steel frame which suspended the frame 3m above the ground. We grinded and cleaned the steel structure so we could re-paint to give an added protection from rust.

We then focused on the building of a new suspended frame. We added new supports to carry the weight of the new, heavier deck. Added steps and a deck screen to the perimeter.

Once happy with the new frame work, we cut and lay the new yellow balau deck boards. We oiled the underside of each board to seal, pre-drilled all holes to stop splitting when screwing down with stainless steel spax screws.

Once the deck was structurally complete, we chemically washed the exposed surfaces, scrubbing and cleaning, opening up the pores in the timber to release any unwanted grease or impurities.

We left the deck to dry for a few days before oiling with anti-slip Osmo decking oil. 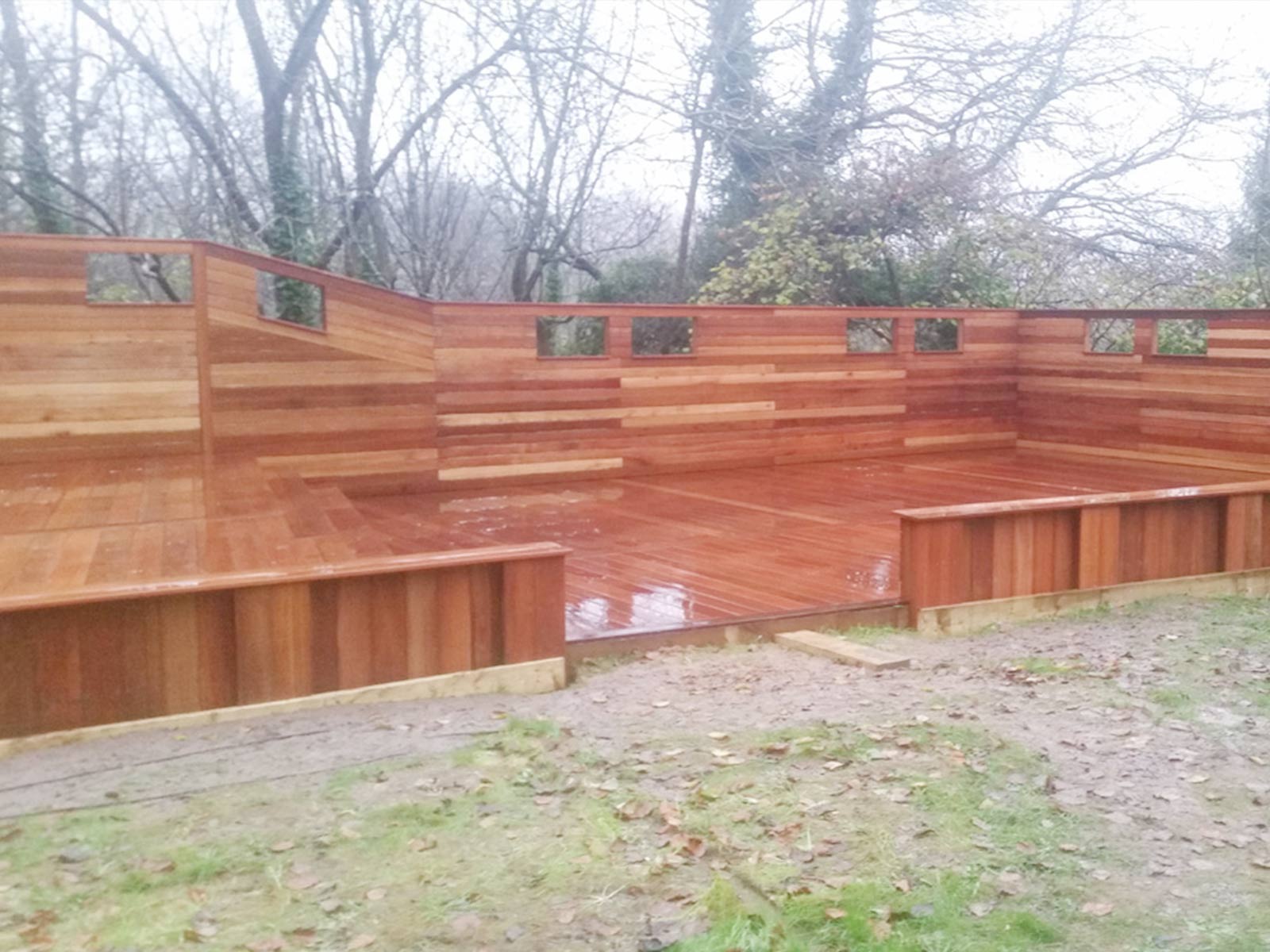 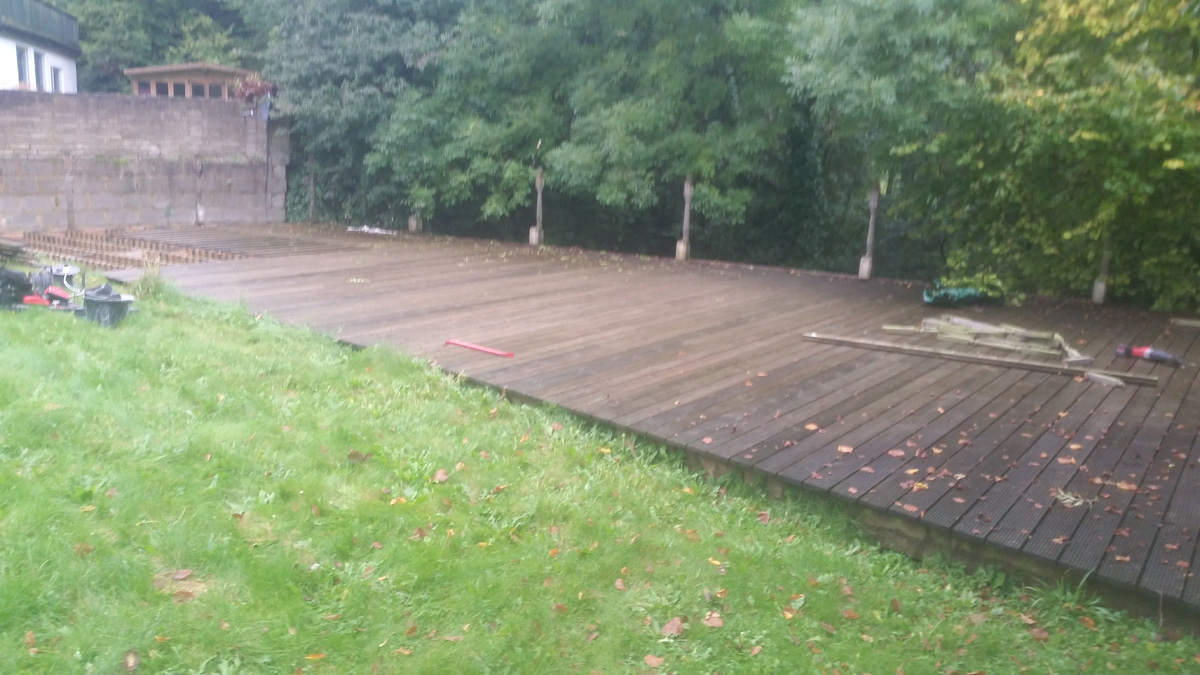 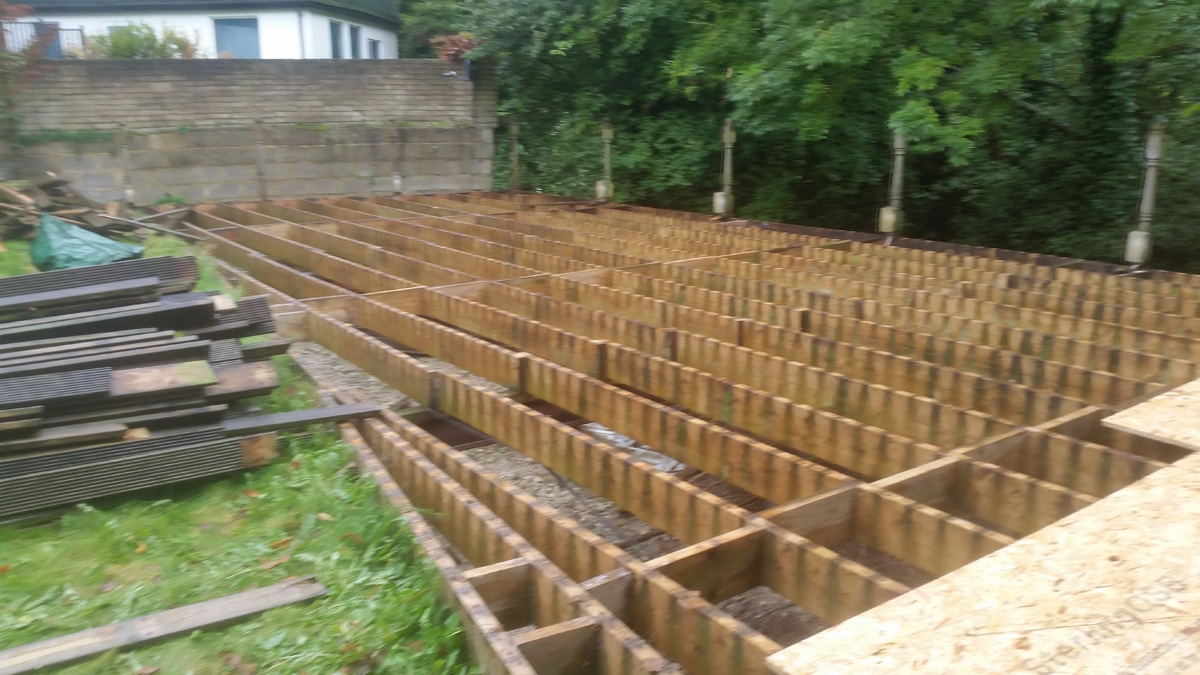 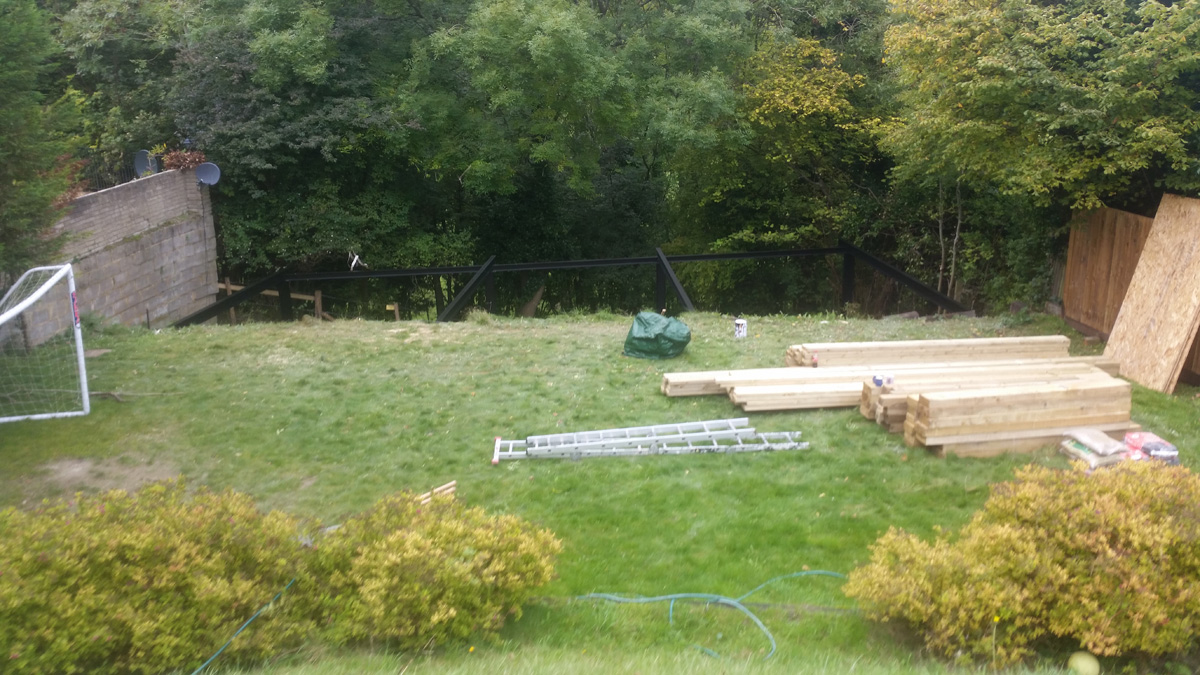 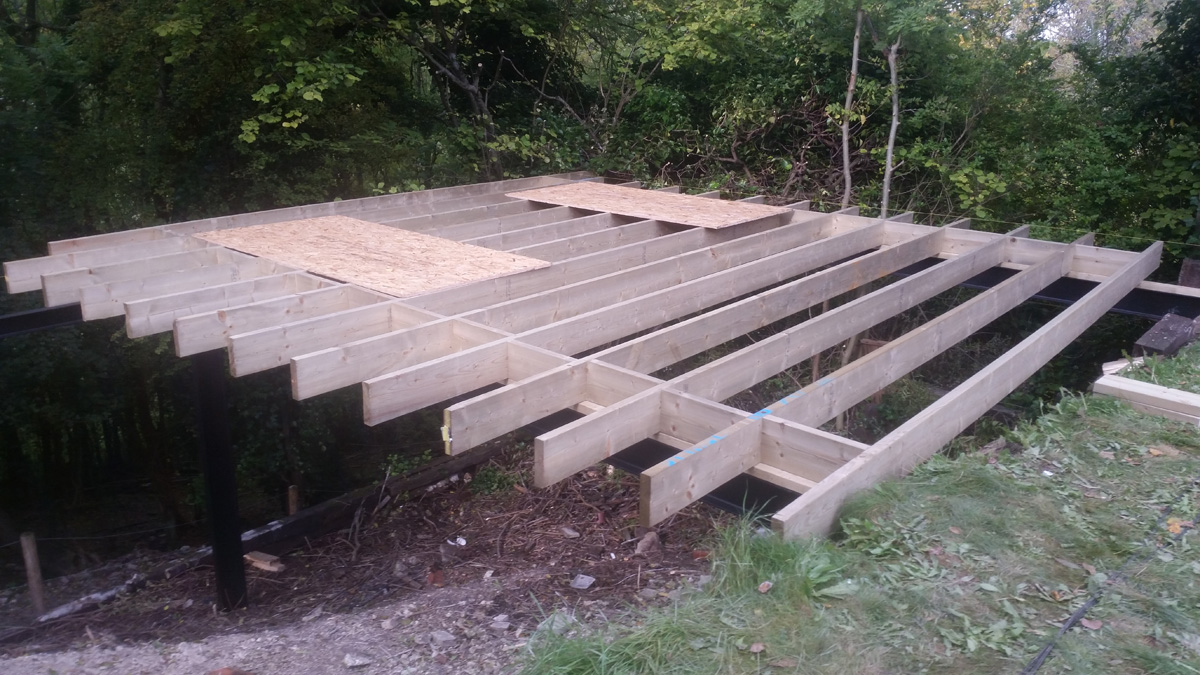 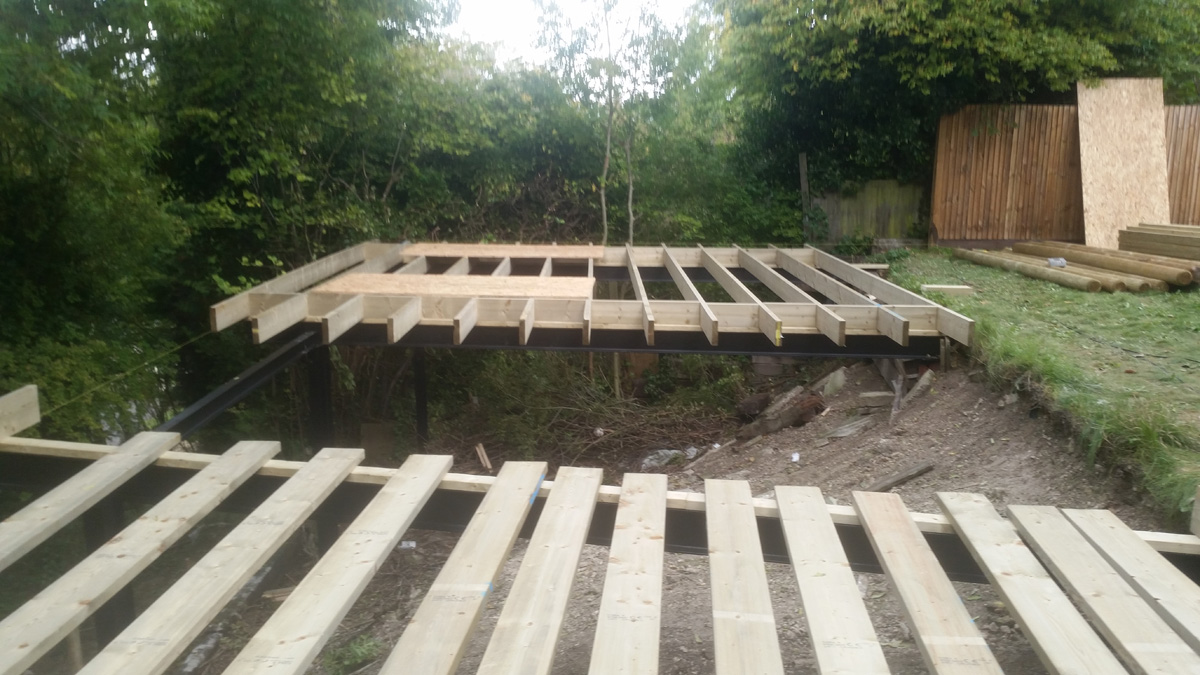 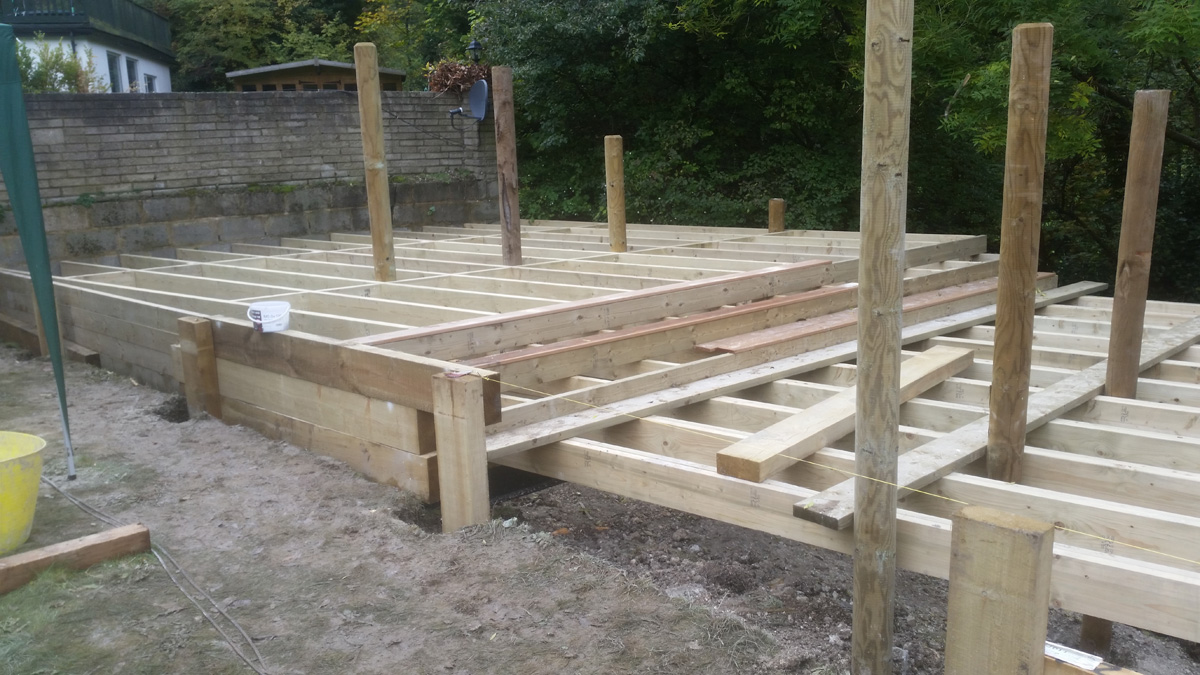 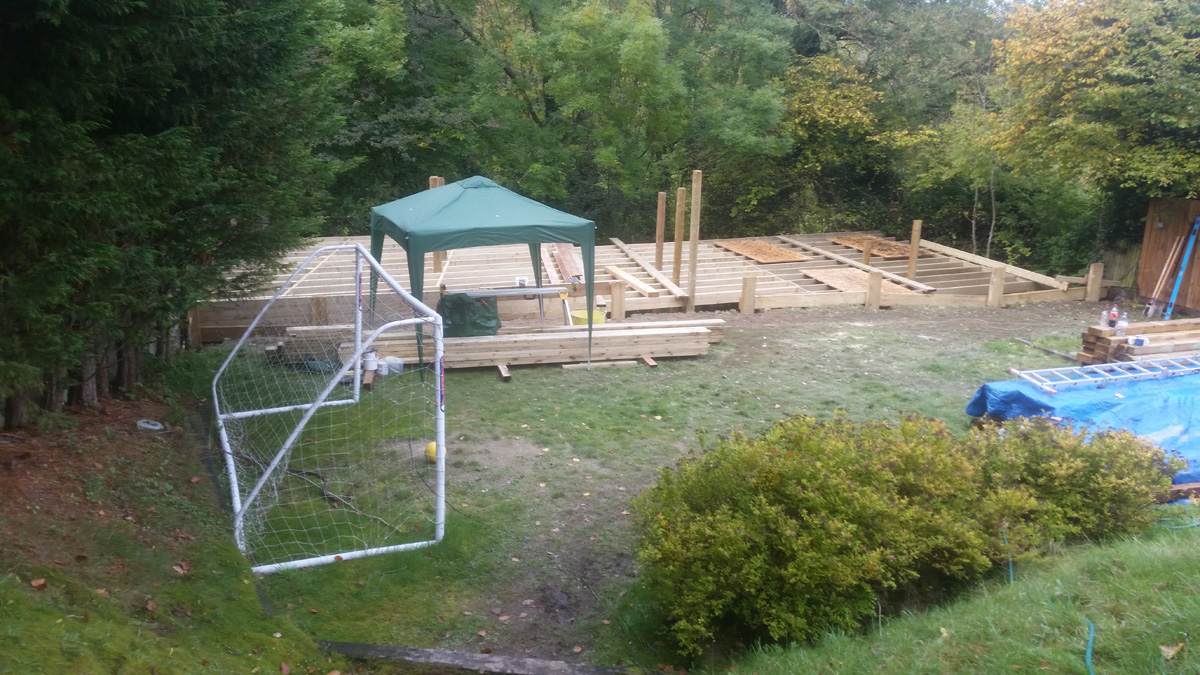 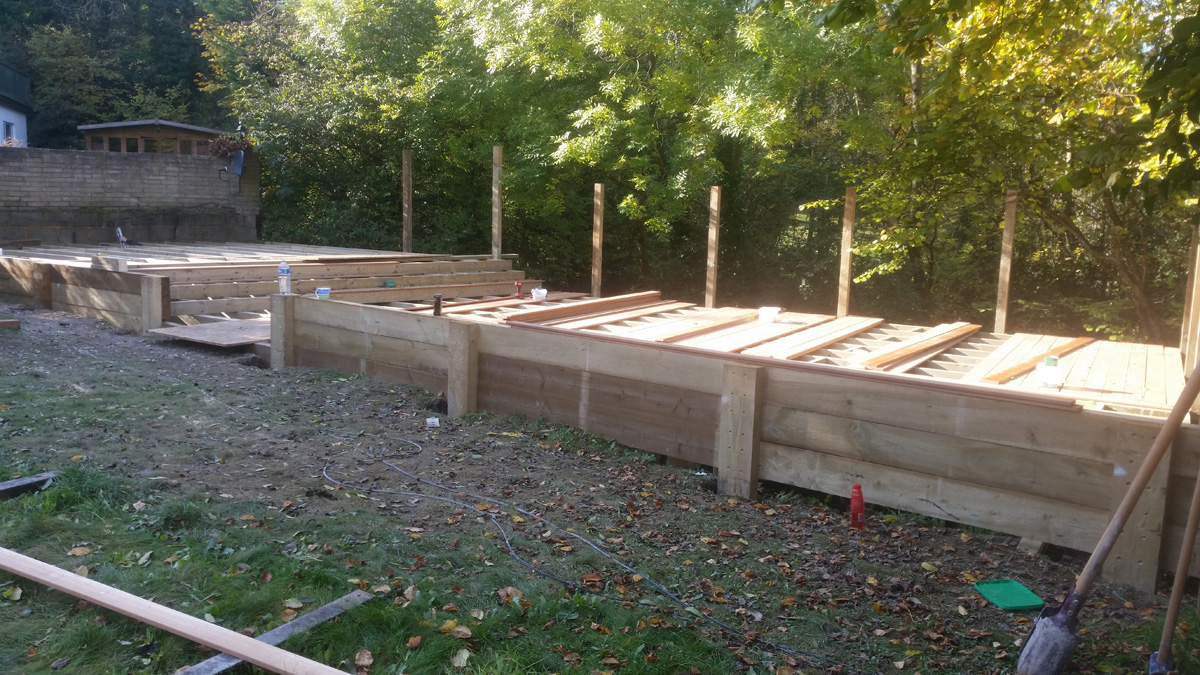 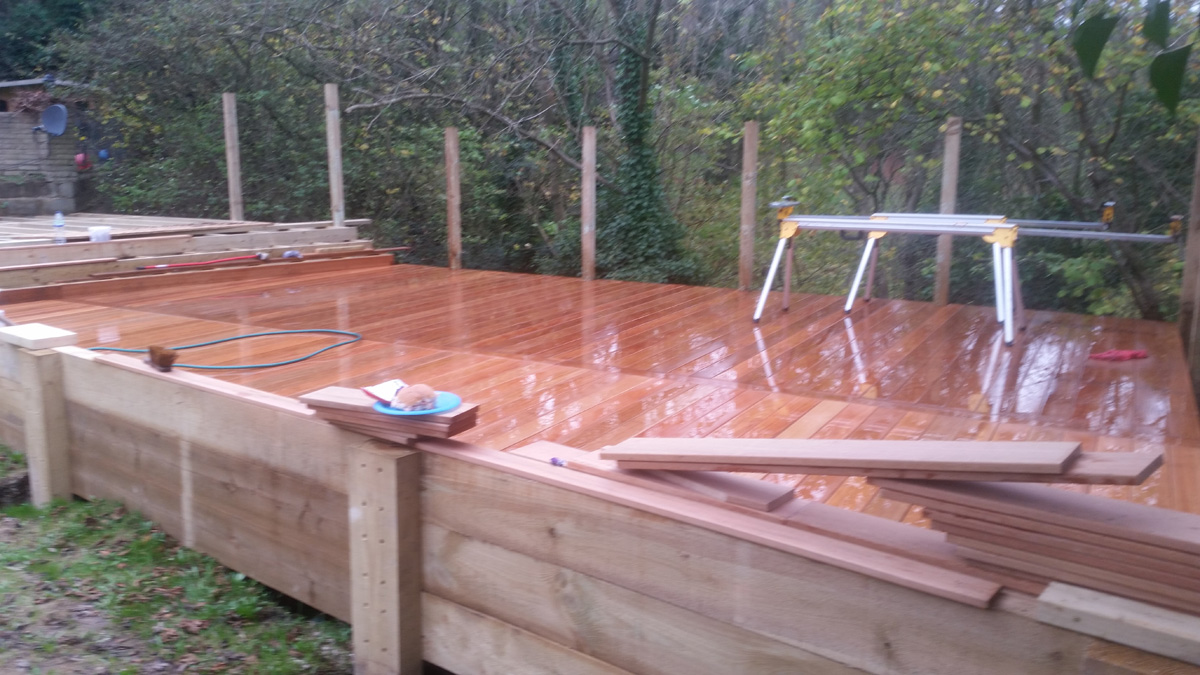 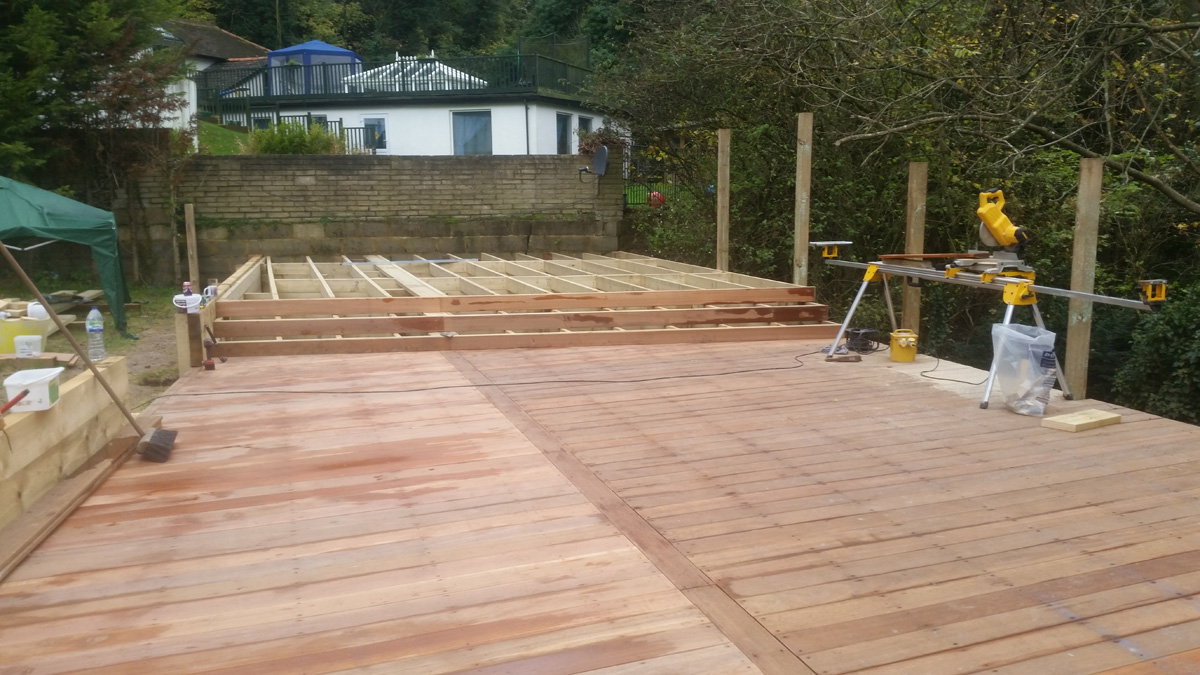 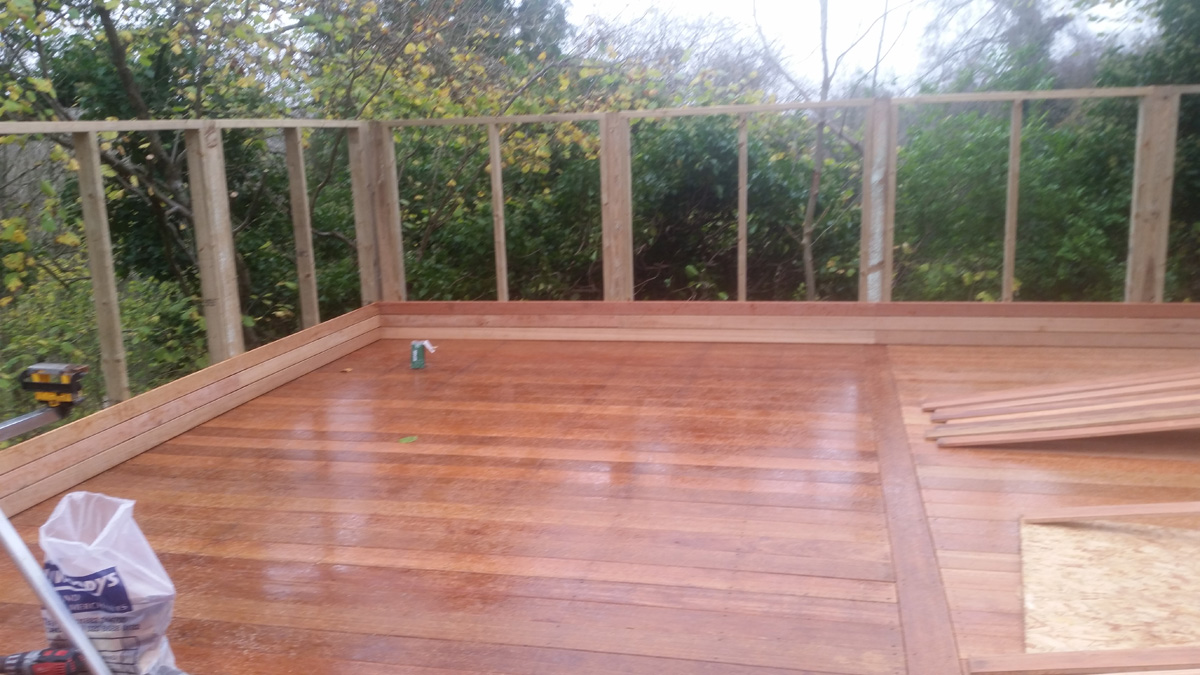 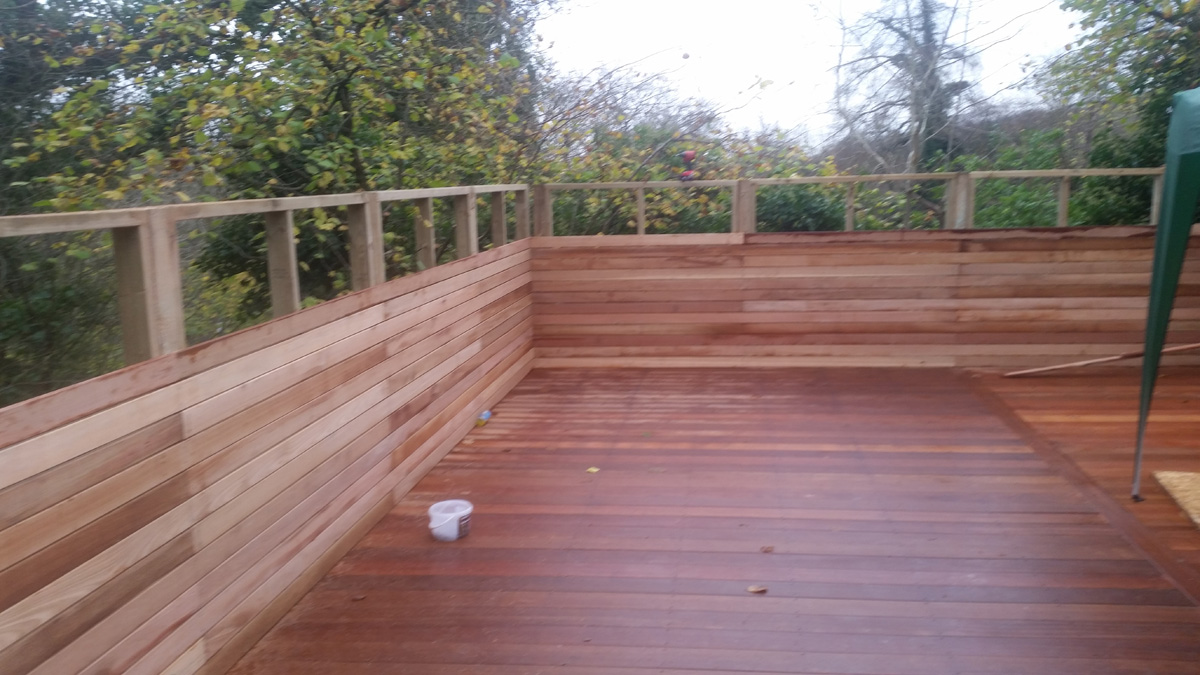 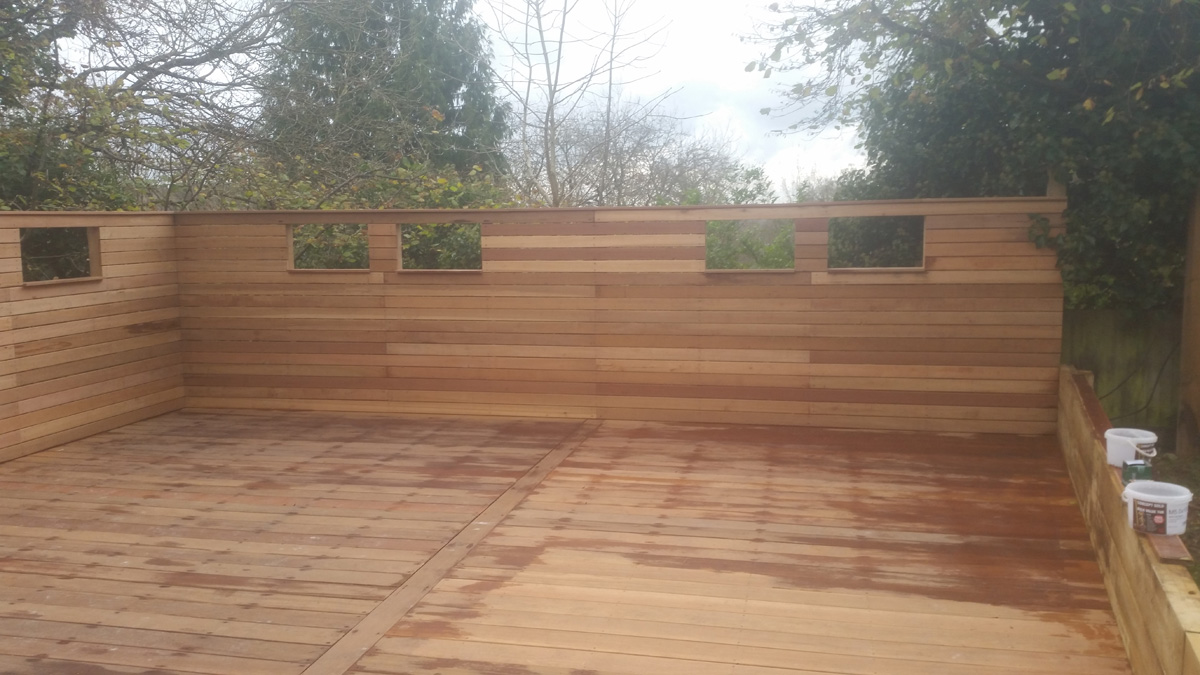 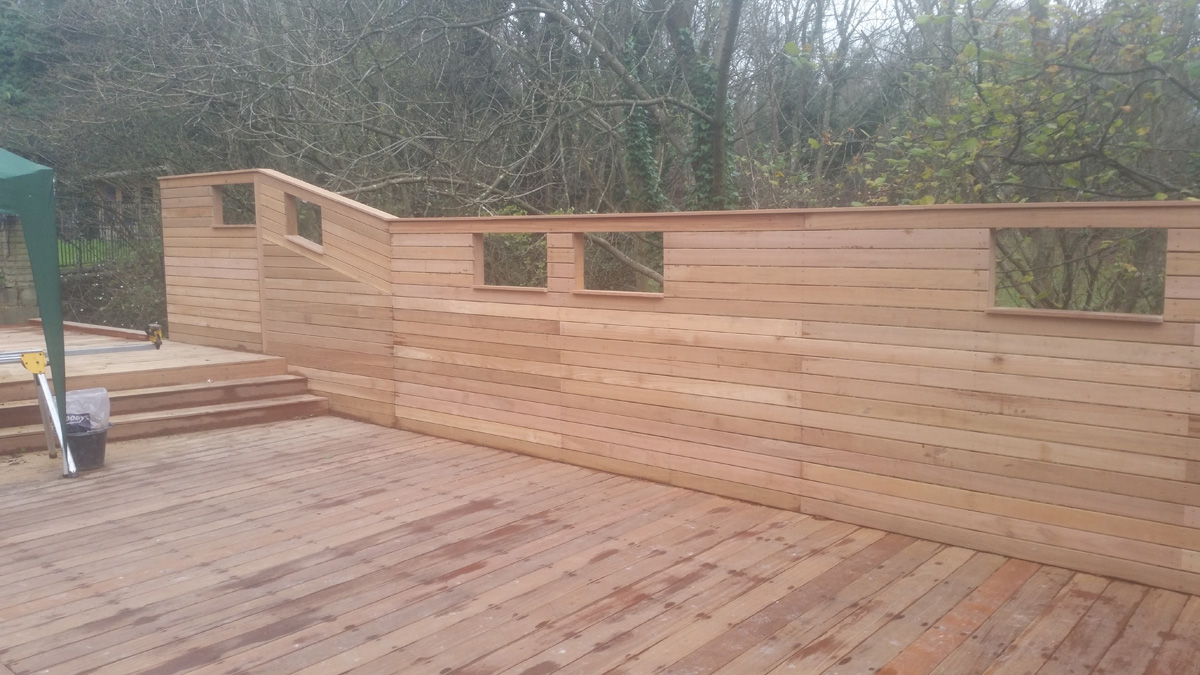 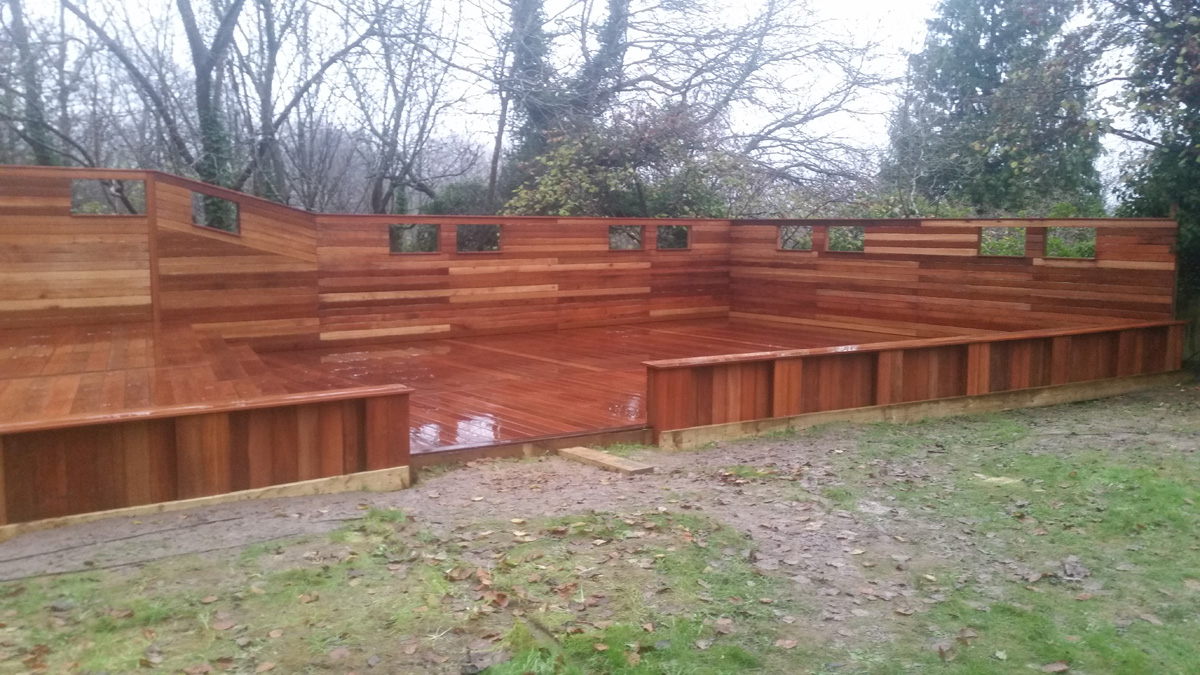